Ours is a rich history of development and innovation. While remaining competitive in the marketplace, CAST Navigation has managed to build lasting relationships with key industry leaders, maintain long-term military contracts and tap into the commercial marketplace as well. We’re proud of our heritage and look forward to creating innovation for years to come.

Computing Applications Software Technology (CAST) was founded in 1981 and was located in Los Alamitos, California.  From the company’s inception, CAST has employed engineers with experience in both inertial technology and GPS receiver design.  The primary focus of the company at that time was to perform system analysis, software design, coding and testing to facilitate the integration of GPS and avionics sensors for both loosely and tightly coupled navigation systems.

As a natural outgrowth of this development activity we developed a product called NAVSIM.  NAVSIM was a Monte Carlo simulation software tool that was used to perform system analysis as well as aid in the development and tuning of Kalman filters. In 1987 CAST produced a laboratory test system that allowed for the stimulation of the navigation software in the target processor.  This laboratory tool was the predecessor to the Global Positioning System Tester (GPST) that was introduced in 1989.  The GPST is a complete laboratory test system that includes a GPS simulator, a complete suite of avionics sensor models and most of the modern avionics interfaces i.e. 1553, 3910, IMU, ARINC etc.  The original GPS simulator that was used in the GPST was manufactured by Stanford Telecommunications located in San Jose, California.  We also developed an advanced interference generator (Jammer) capability. 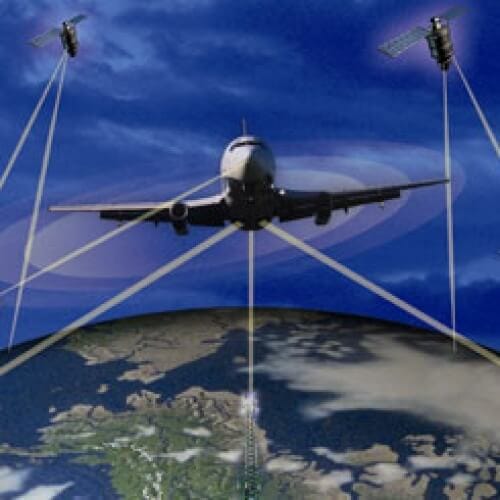 In 1993 CAST developed a product that was called the Automated Dependent Surveillance System (ADSS). This product consisted of a single board computer, GPS receiver, differential corrections receiver and a Digital Selective Calling VHF radio. The ADSS provided the United States Coast Guard the ability to monitor the position and identity of the oil tanker traffic that was routed to and from Prince Williams Sound in Alaska. This capability was mandated by Congress to be installed on all oil tankers that entered the sound. CAST worked very closely with the United States Coast Guard to develop and integrate this system. 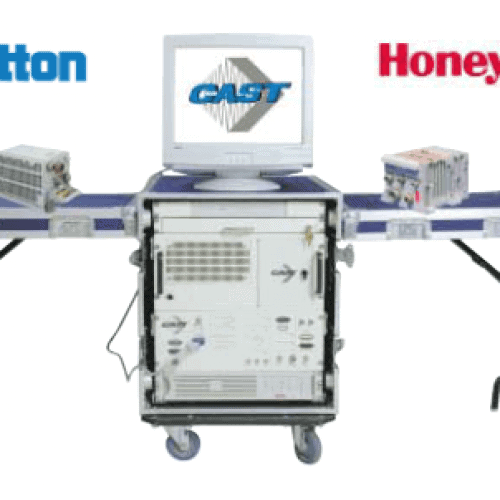 In 1996 CAST entered into an exclusive arrangement with both Honeywell and Litton (now known as Northrop Grumman) to develop a system that allows for the integration and test of their respective tightly coupled GPS/INS navigation systems (EGI’s).  We called this system the Embedded GPS/INS Tester (EGIT). This original arrangement included the H764G (Honeywell) and the LN-100G (Northrop Grumman) units.  Since then this arrangement has been expanded to include the GGP (GPS Guidance Package), HG1700 IMU and NAV100 products produced by Honeywell as well as the GGP, LN200, LN25X and LN260 navigation units that are produced by Northrop Grumman.  CAST has worked very closely with both Honeywell and Northrop Grumman to assure that inertial modeling and timing of the CAST EGIT has been thoroughly tested and validated.

In 1997 CAST discontinued the use of the Stanford Telecommunications (STeL) GPS signal generators in our products in lieu of a new single board GPS signal generator that was produced by Rockwell Collins. The “older” STeL configuration required two 10.5 inch high chassis and a separate controller computer to provide a 10 channel C/A P(Y) GPS constellation. The single board 10-channel L1/L2 C/A P(Y) code capability enabled CAST to house a complete system solution in a significantly reduced smaller package at a much lower cost to our customers. 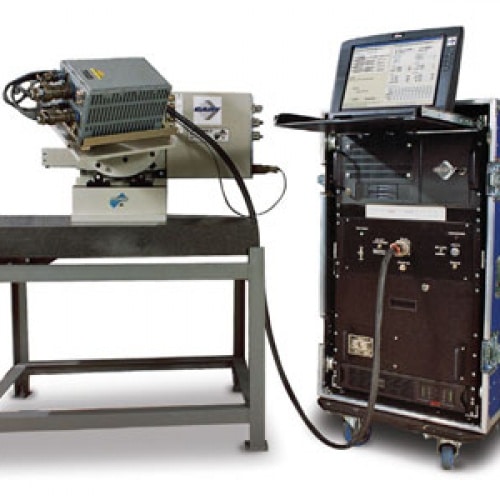 In 2003 CAST developed a product that has the capability to test and evaluate an EGI unit either on the flight line or in the back shop. We called this product line the EGI Maintenance Tester (EMT). This product line allows the end-user to validate proper operation of the GPS receiver, perform inertial testing on the IMU sensors, up/download almanac data, run BIT testing, validate EGI interfaces and load OFP software. This capability provides our military customers an alternative to sending the units back to the manufacturer for a RTOK status thus saving both time and money. 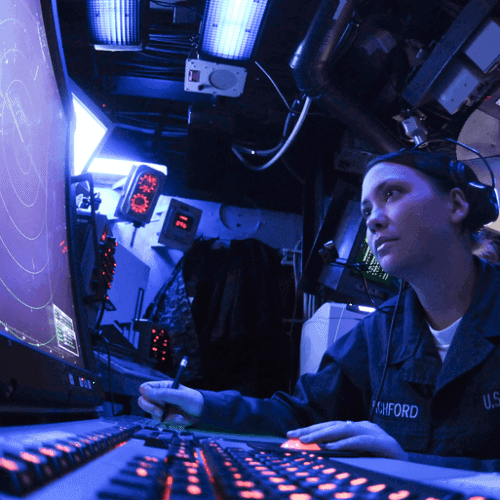 In 2005 CAST acquired a Field Programmable Gate Array (FPGA) technology from Raytheon that was developed for the Advanced Global Navigation Simulator (AGNS). The original design was targeted on an older Virtex-2 FPGA device. CAST re-designed the FPGA code to run on the newer Virtex-4 device and modified existing satellite code to enable the latest capabilities of the FPGA. This gave us the ability to generate L1, L2, L5, C/A, P(Y), SAASM and M-codes as well as individual code and carrier phase control.

In 2008 CAST designed and developed our own INS interface card. This card is based on our experience using the Field Programmable Gate Array technology. The interface card is very flexible and supports up to four channels of hi-speed RS422/SDLC outputs. The outputs can be configured to provide delta-V and delta-thetas either synchronously or asynchronously commensurate to the LN-100, LN-200, LN-251 and LN-260 Northrop Grumman platforms or the HG-1700 and JDAMS platforms that have been developed by Honeywell.

All of the efforts described over the last 31 years have taken CAST approximately 4,030 man months to achieve. These efforts have culminated in the ability of CAST to design and produce what we believe is the cutting edge of next generation GPS satellite simulators/stimulators that are available on the market today. We call this newest piece of technology the SGX. 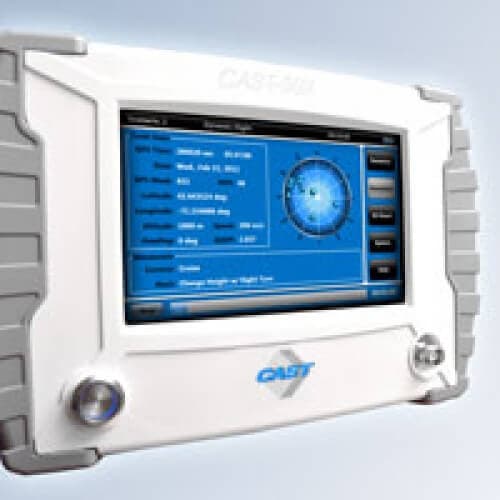 In 2012 the SGX was introduced. The SGX is a handheld GPS satellite simulator that is based on our existing Virtex-4 FPGA design that is used in our larger military products. The SGX is capable of generating up to 16 satellites of GPS L1 C/A and P-codes for any location on earth as well as earth orbit. The SGX interface is via an ultra-bright backlit interactive LCD touch screen panel that is viewable in direct sunlight under most circumstances. The SGX is powered by a Lithium Ion battery that gives the user approximately 8 hours of operation on a single charge. The unit can also be operated on 120/240 VAC with the included power adapter. The SGX has a very small footprint and is lightweight in design that allows for convenient laboratory or in the field stimulation/testing of many different kinds of GPS devices. The SGX also has the CAST INS technology built into the hardware design but this capability has not been implemented yet.

Precise and Accurate CRPA Testing in the CAST-5000

“The CAST-5000 is a Multi Frequency, Multi-GNSS, Multi-Element Wavefront Generator, which when integrated with our Coherent Jammer system provides the ability to test a platform’s Controlled Radiation Pattern Antenna (CRPA). This is accomplished via very precise, phase-controlled composite RF outputs (GNSS and Jamming signals) that can be applied directly to the antenna electronic RF inputs or fed to radiators in an anechoic chamber. This enables high dynamic laboratory testing of GNSS/INS devices with independently controlled RF outputs that are phase aligned for each CRPA element with less than 2 millimeters of error between elements. 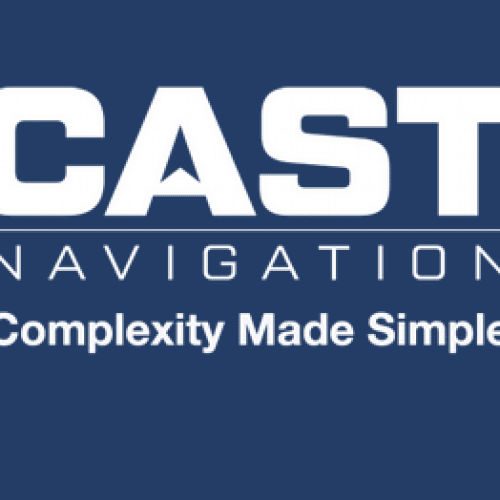 CAST Navigation rebrands in June 2019 with new logo, messaging and positioning-Complexity Made Simple.

Our primary mission is to understand and deliver what our clients need and value without distraction, so they can quickly make the decisions necessary to improve their products and processes. Our focused team creates intuitive products because we know our customers job is already complex. We manage complexity. We don’t add to it. 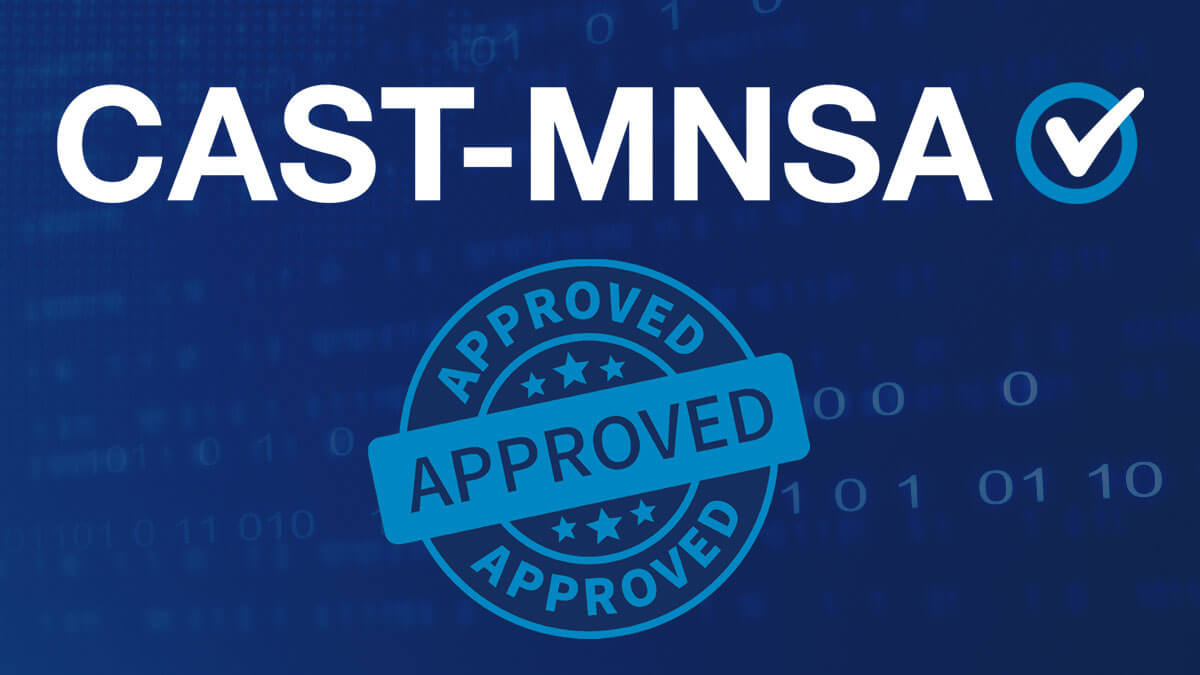 CAST Navigation, LLC has developed the capability to support the development and implementation of the Modernized Navstar Security Algorithm (MNSA). The CAST-MNSA is a significant addition to our suite of classified signal capabilities and is available on all CAST Navigation simulators. We are pleased with the success of our MNSA development team. This feature will be instrumental in the effort to incorporate MNSA capability and provides development, integration and testing life cycle support for the next generation of navigation systems.