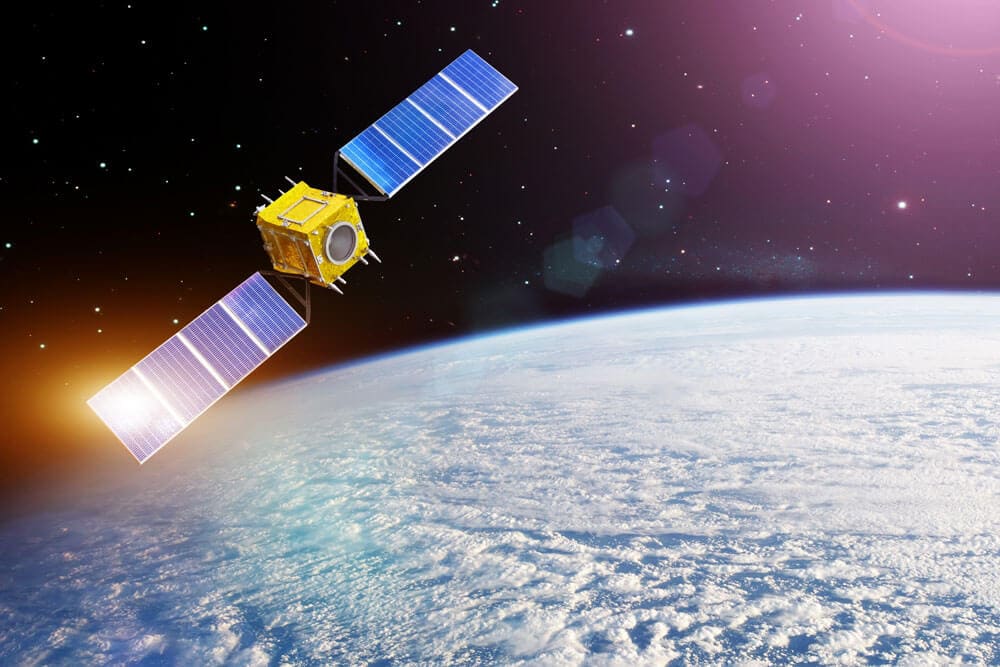 GNSS simulators enable manufacturers and integrators of GNSS receivers to safely and efficiently test the systems into which they are integrating under a wide range of scenarios and solve problems before they affect the performance of live systems.

Global navigation satellite systems (GNSS) are now deeply integrated into many aspects of our lives, including several life-critical systems. We rely on them extensively for timekeeping (for broadcasting, financial transactions, the Internet, etc.), construction, agriculture, transportation, and military applications. This reliance on GNSS creates concerns about signal reliability, heightened by growing threats of unintentional RF interference and increasingly frequent instances of jamming and spoofing. Jamming/spoofing devices have progressed significantly in the last 20 years, moving from single tone disruptions to complete spectrum interference that looks exactly like a GNSS signal.

Additionally, the GNSS constellations are constantly changing. Right now, for example, the United States is launching a new generation of GPS satellites, China recently launched the final satellite in its BeiDou 3 constellation, and Europe continues to build its constellation.

Due to this rapid evolution of the satellite signals and of the RF environment, manufacturers and integrators of GNSS receivers need to constantly evaluate how the platforms into which they are integrated will behave in various scenarios, such as if a satellite drops out or the receiver is jammed or spoofed.

For three decades, the alternative to field testing with live-sky signals has been to use a simulator in the lab. However, until recently the limitations of simulator algorithms limited the scope and scale of these tests. That is no longer the case. High accuracy and precision simulators are not limited to re-creating ideal conditions. They also realistically simulate a wide range of suboptimal conditions, such as jamming/spoofing (including pop-up jammers), multipath, multiple ionospheric and tropospheric conditions, and environmental and satellite constellation perturbations.

The simulators do this for virtually any commercial or military scenario, enabling repeatable testing in a laboratory or anechoic chamber. By re-creating real-world anomalies and providing repeatable playback scenarios, the best simulators enable users to analyze, understand, and solve problems.

To be most effective, GNSS simulators need to enable users to control many variables, including the date, time, and almanac; the location of the platform—on the ground, in the air, or in space; its trajectory, i.e. the type of motion that they would like to simulate; the RF environment, including various kinds of interference or jamming threats; the strength of the received GNSS signal; and whether any satellites are unhealthy or have corrupt data.

By contrast, BeiDou and GLONASS do not always publish documentation in a timely manner. In fact, while the U.S. Coast Guard publishes the GPS almanac, the Chinese government does not publish the one for BeiDou, so that obtaining it requires acquiring it to a receiver and then downloading it from there.

CAST Navigation’s devices simulate both spoofers and jamming signals that may show up in a hostile environment, as well as such things as multipath, degraded signals, and RF interference. While the company does not use recordings of any live signals 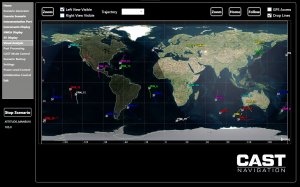 A distinguishing feature of CAST Navigation’s simulators is its combination of GNSS with inertial navigation systems (INS), which has proven to work better than any of the other simulators on the market and has a more intuitive user interface.