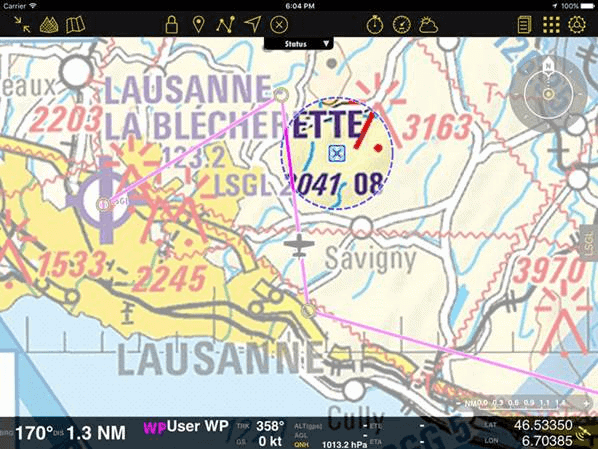 In an effort to address one of the biggest issues facing the general aviation and unmanned aircraft systems communities—the risk of mid-air collision—senseFly and Air Navigation Pro recently joined forces to launch Safer Together.

The joint initiative is designed to make flying safer by providing general aviation (GA) pilots and UAS operators with awareness of each other’s activities while airborne, according to a news release, so they can take the necessary action to avoid incidents around 200 to 400 feet above ground level.

“With the increasing number of vehicles in the air, it is essential that we focus on the improvement and awareness of mid-air safety,” said Johann Huguenin, the CEO of Air Navigation Pro, according to the release. “It all starts with communication between the drone-operator and the pilot, which we are making possible with Safer Together. With senseFly’s aviation-style dedication to safety, and its global customer reach, it was the obvious partner for us to collaborate with first. However we strongly urge other drone makers to get in touch too, so that together we can continue to expand the benefits that Safer Together offers by allowing GA pilots to view the activity of every drone operation, whatever the brand of UAS.”

The project will be rolled out in two phases, according to the release. The first phase will focus on drone awareness for GA pilots. senseFly plans to release new GA functionality for its eMotion flight planning software to enable its drone operators to create an advisory when they’re activating flights. eMotion will transmit this advisory via the Internet to Air Navigation Pro’s server. Air Navigation Pro will push out the information to their users’ smart devices. This gives them all the information they need regarding the operator’s planned UAS working area, including location, likely timings, height above the ground and type of drone.

During phase two, GA awareness for drone operators, senseFly drone operators will have the ability to view Air Navigation users’ flights in real time, according to the release.

“At senseFly our background is in aviation,” said Cyril Halter, the COO of senseFly and a graduate of the Empire Test Pilot School, according to the release. “Many of our founders and team members are pilots, so we understand how crucial ‘see and avoid’ awareness is for operational safety. Since we approach the development of our drones from a safety-first standpoint, it was a logical next step for us to join forces with Air Navigation Pro on Safer Together. This collaboration is about bridging the awareness gap between operators of our UAS—such as civil engineers, surveyors and agricultural professionals—and Air Navigation Pro’s community of GA users.”