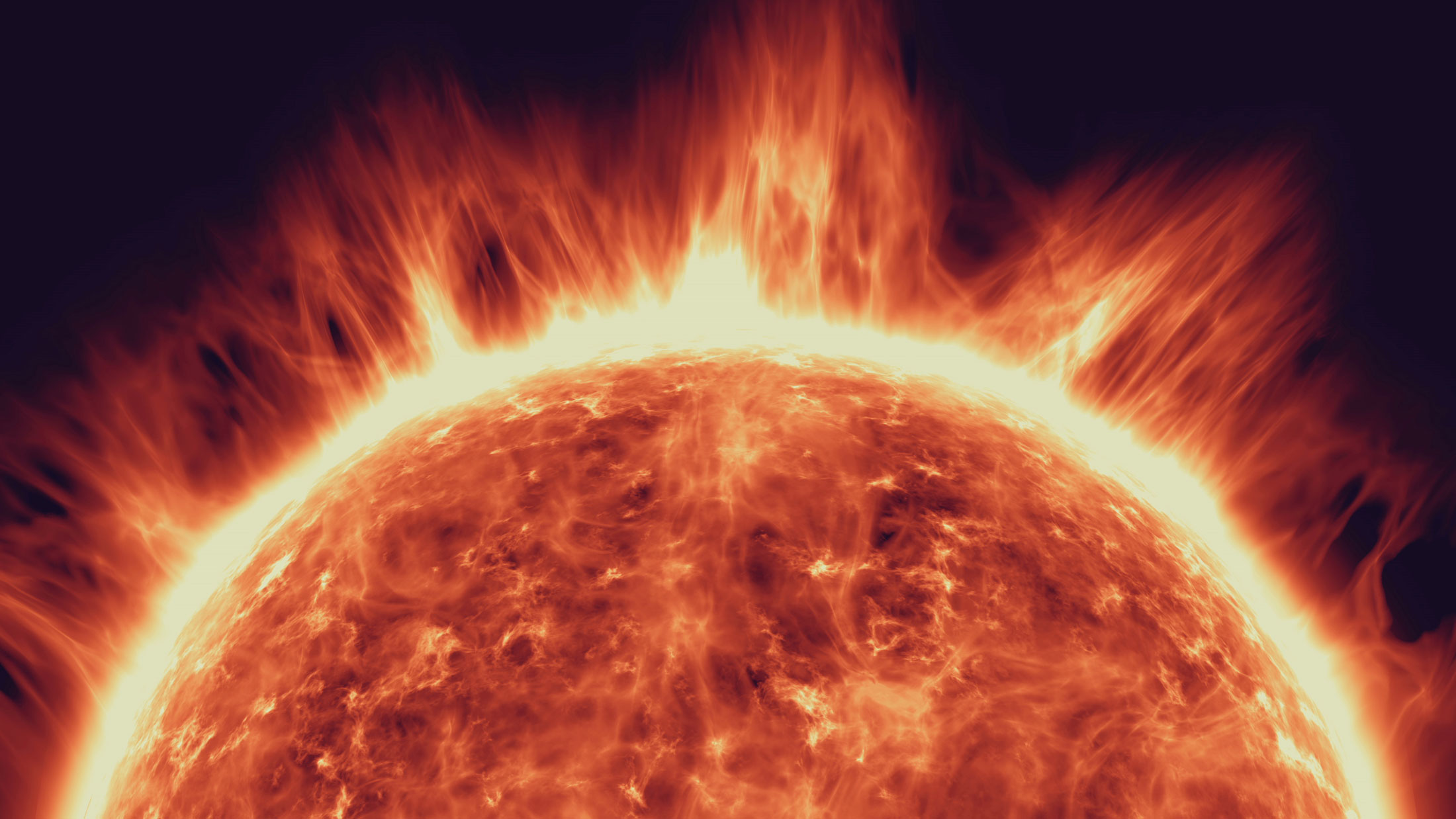 The Sun’s atmosphere and magnetosphere extend far beyond Neptune’s orbit, leaving Earth orbiting through a cloud of plasma that constantly interacts with our planet. In extreme conditions, space weather makes GPS reception less reliable and can impact industrial activity, travel, and other GPS-dependent operations.

Conditions on a turbulent Sun

Space weather consists of two components: photons and solar particles. Light, as well as electrons and photons, constantly stream from the solar surface. At times, however, magnetic fields in the Sun generate intense releases of energy that blast light and particles into the Solar System.

A steady stream of light emerges from the surface of the Sun’s photosphere. Beyond that point, the Sun’s atmosphere is too thin to keep photons from flowing into space. Earth’s atmosphere shields us from the most energetic photons, passing through enough ultraviolet, visible, and infrared light to sustain life.

Extreme conditions in the Sun’s corona generate intense blasts of light. Although solar flares consist of photons across the electromagnetic spectrum, they emit significantly more light in energetic wavelengths from ultraviolet to X-ray. Eight minutes after leaving the corona, these photons reach Earth, its atmosphere, and anything orbiting the planet.

The solar wind is a plasma of electrons and photons streaming from the Sun’s corona. These charged particles are responsible for creating cometary tails and stripping the atmospheres of Venus and Mars. Under most conditions, Earth’s magnetic field buffers the planet from the solar wind.

Sudden changes in the corona’s magnetic structure can launch enormous clouds of plasma away from the Sun. A coronal mass ejection (CME) directed at Earth takes several days to arrive. When it does, the CME sends energetic photons and electrons deep into our planet’s magnetosphere and atmosphere.

How the Sun creates space weather

CMEs interact with Earth’s atmosphere and magnetic field to create geomagnetic storms. At its most benign, this interaction creates aurorae in Earth’s polar regions. Energetic solar particles follow the magnetic field lines converging at the poles to excite atmospheric oxygen and nitrogen into colorful plasmas.

More intense CMEs cause a cascade of interactions between Earth’s atmosphere and magnetosphere to create electromagnetic forces that can disrupt electronics, create power surges in electrical grids, and impact radio communications.

Solar flares and CMEs can accelerate protons to significant fractions of the speed of light. In less than an hour, these protons arrive at Earth and follow our planet’s magnetic field lines towards the poles, where they can penetrate satellites, aircraft, and the human body. Should these protons collide with atoms in the atmosphere, the ionized atoms will create a layer of electrons in the ionosphere that absorbs radio signals.

GPS satellites orbit far above most of Earth’s atmosphere. Medium Earth orbits give satellites broad coverage areas and enable long service lives. However, they are exposed directly to the solar wind, CMEs, and solar flares without atmospheric protection. Design and component selection ensure that these satellites can withstand decades of exposure to the space environment. However, GPS radio signals travel through space weather unprotected.

Space weather can increase the concentration of free electrons in the ionosphere, but not uniformly. Thinner and thicker plasmas alter the radio signal’s path and speed. Dramatic variations in ionospheric electron density can reduce the transmission’s signal-to-noise ratio and prevent the receiver from locking onto a satellite’s signal. The electron density along the signal’s path from the satellite to the receiver creates uncertainty in vertical and horizontal positioning, called ranging errors.

Scintillation is a rapid change in a radio signal’s phase and amplitude created by conditions in the ionosphere. The signal’s power at the receiver is greatly reduced, as is its phase coherence. Beyond a certain point, the receiver cannot maintain a lock on the satellite’s signal and cannot measure the satellite’s position.

The radio blackouts created by solar flares can cover the frequencies used by GPS satellites. These solar radio bursts reduce the signal-to-noise ratio and affect the receiver’s ability to lock onto the GPS signal.

GPS receivers that use both the L1 and L2 frequencies for positioning are less susceptible to the impacts of space weather, as are receivers that work with multiple GNSS constellations.